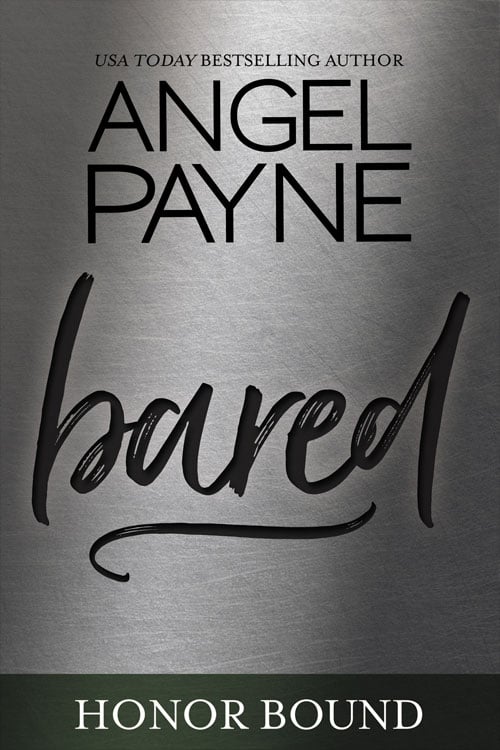 Bared
It was supposed to be a quick and easy mission. It became the night that changed his life.

Being in the wrong place at the wrong time isn’t new for Max Brickham. During his years in black ops, it was the norm more than the exception, including the mission that broke his spirit and ended his career. As an independent contractor, he’s now able to accept the cushy jobs that are best left beneath law enforcement’s radar—like the assignment he takes on as a quick favor for a longtime friend. Find a princess in a city of millions before her enemies know what he’s up to. Simple, right?

Never has he been so wrong.

Jayd Cimarron, princess of Arcadia beloved by her people and the media alike, has fled her island home after learning terrible secrets about her past. She’s in Paris seeking answers, but in Brick’s protective custody she finds so much more. Hidden passions. Wicked sins. The magical pieces of her sensual side, revealed by this man’s hypnotic dominance…and addicting touch.

Under cover and on the run, Brick and Jayd crisscross the City of Light while fighting to stay one step ahead of the Arcadian insurgents who want to imprison her, while hunting for the one man who can unlock her past. It’s a terrifying tightwire without a safety net, but reaching to each other for balance is even more frightening. Every new embrace means more truths—and vulnerabilities—are bared.

Stripped to their cores, can they find enough trust and strength in each other to fly into freedom…or fall into heartbreak?